Participation on a school's interscholastic athletic team is a privilege and not a right. Academics will be a priority, and student athletes are required to meet and maintain academic and behavioral standards. At any evaluation point a student athlete must not be in danger of failing any of his or her courses. Any student athlete not conforming to this academic standard shall be prohibited from participating in interscholastic competition until the school has determined that the matter has been properly addressed.

In addition, if at any evaluation point it is determined that the student athlete is demonstrating a pattern of behavior that is detrimental to their academic achievement and progress, a plan of action will be implemented to most effectively remedy the situation.

Each student athlete must also be in good standing regarding his or her school's Code of Conduct. Any student athlete not conforming to this behavioral standard shall be prohibited from participating in interscholastic competition until the school determines that the matter has been properly addressed.

When it has been determined that a student athlete is in danger of failing a class OR is demonstrating a pattern of behavior detrimental to his or her academic progress, the following steps will be taken:

All students wishing to participate in the after-school sports program must be enrolled in the regular school insurance plan OR submit a note signed by a parent or legal guardian stating that the student has adequate coverage. Such a note may be written on the bottom of this sheet. Students are covered for injuries incurred during scheduled practices and contests by participation in the school insurance plan.

In compliance with school policy concerning students engaged in the after-school sports program, physicals are required of all participants. Every year families provide the school with a copy of their child's physical. The school nurse MUST have a copy of your child's physical before he/she can compete in interscholastic athletics.

Please fill out and sign the following permission slip and return it to school as soon as possible. If you are not enrolled in the school insurance plan, please use the bottom of the slip to indicate that you have adequate coverage. If your child wishes to participate in more than one sport during this school year, please indicate so on the form. No further permission forms will be necessary. 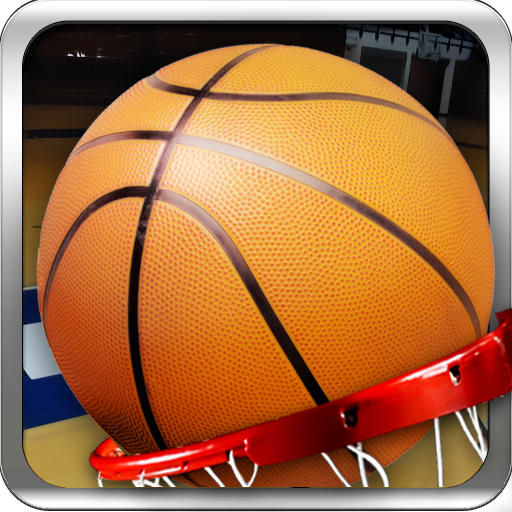 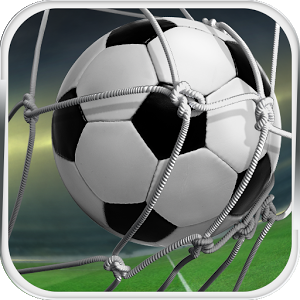 The boys battled a resilient and feisty North Canaan team yesterday! This was a game that the boys wanted to get some revenge after losing to them the first game of the season. Jacob Marcus started the Redhawks off with two goals one from a beautiful pass from Fritz and the other he split two defenders and blasted it past the keeper. But at the half it was tied 2-2. The boys knew they were going to win this game! Justin scored a stunning goal off a pass from Sam M.  to give the Redhawks the lead. But North Canaan put in another goal soon after. Omar was the player of the game with 10 saves including his second PK of the year! The play of the game came with only a minute left. The Redhawks were surging forward and Caiden was able to find Aiden for an open shot. With North Canaan defenders charging him, Aiden blasted a shot to the upper 90 and won the game 4-3! Next game is Friday at Steiner!

The boys played a resilient and tough SCK team yesterday. Unfortunately, they came up a little short and lost 3-1. Jacob  scored the only goal for the Redhawks in the first half. Jerome broke down the sideline past a defender and crossed a beautiful ball into the middle. Jacob was in the right place at the right time and put it in. But SCK fought hard and put in two goals before halftime. The second half started and the redhawks played much better team soccer. Most of the second half was on SCK’s side. Great tenacity and grit was shown by  Caiden, Kevin, Pierce, Sam, Justin, and Kobe on defense. Omar was the player of the game! He recorded 14 saves and stopped a penalty kick by SCK’s best player! Awesome fight boys. Next game is tomorrow against North Canaan.

The boys won their second game of the season against BCD by a score of 5-1. Coach Janco thought this was their best teamwork game of the season. Throughout the game, the boys completed quick, accurate passing to move into BCD territory and attack. Player of the game went to Kevin, who scored off a corner kick and the other off a sweet pass from Dominik. Jacob scored in the first half dribbling down the side past multiple defenders and then blasting it past the BCD keeper. Justin blasted in the other two goals and Sam assisted on two goals. Defender of the game went to Omar. Omar saved seven tough shots and kept the redhawks secure lead. Other notable performances were given by Caiden, Jerome, Aiden, Dominik, Mason, Pierce, Niki, and Tanner on defense and in midfield. Awesome game boys!

The girls brought home a strong win against KCS on Monday. The goals were scored by Lou, Lola, Becca, Gabby, Tess and Fatou. We have been practicing our give and gos and it’s clearly been paying off! Tess and Georgie defended the net. Georgie’s punts were impressive giving many scoring opportunities for our offense. Defender of the game goes to Amber for her consistent hustle. MVP of the game goes to Gabby for her improved ball control and great sportsmanship.

The boys lost to a very skilled and strong Kent team yesterday. The boys played an amazing game and without one of their strongest teammates Sam B. Tanner and Omar came up with some big saves. Great defensive performances were turned in by Justin, Mason, Caiden, Kevin, Niki, and Connor. Sam, Jacob, Fritz, Leland, Jerome, and Dominik showed true determination and perseverance throughout the whole game. Player of the game goes to Kobe. Very rarely would a Kent player get past him and when they did, Kobe was right on them and stole the ball back every time. Until the whistle blew at the end of the game, the redhawks never gave up.

The girls beat BCD with a score of 5-4 on Monday. The team traveled to BCD and performed fabulously in the first half scoring 4 of our 5 goals. Lou was the MVP of the game scoring the first point off of a throw in from Gabby and assisting every other goal SCS scored. Lou’s corner kicks were perfect giving SCS many scoring opportunities. Goals this game were scored by Lou - 2, Lola- 2, and Allison - 1. Fatou’s hustle and consistent fight for the ball on midfield brought energy back to the game in the second half. Our defensive team of Amber, Becca, Ayla, Georgie, Taylor and Diarra was strong supporting Tess in the net. The team is passing with more accuracy and communicating more! Let’s go Redhawks!

The boys won their first game of the season yesterday by a score of 3-1! Wahoo! As soon as the referee blew the whistle, the boys looked like a completely improved and hungry team. Everytime a BCD player got the ball, there was a Redhawk right behind him. Fritz was the MVP, delivering his best game of the season, and scoring our first two goals. Both shots flew by the keeper like they were on fire! Aiden put in the third goal when he perfectly trapped a cleared ball by a BCD defender and ripped a low shot to the corner! The hustle play of the game came from Mason. After the second goal, Mason single handedly pressure the BCD passes, was knocked to the ground, got back up and stole a pass deep in BCD territory! Other notable defensive performances were given by, Sam and Jacob, Caiden, Pierce, Justin, and Kobe. Awesome win boys!

The lady redhawks tied North Canaan on Thursday 3-3. Salisbury dominated the majority of the game with possession of the ball. North Canaan scored their last goal with a minute left in the game to tie it up. All three goals were scored by Lola! Way to go, Lola. Lola and Lou showed off some great give and go plays throughout the game. Gabby did a great job playing forward and helped bring the ball up the field. Jamila’s hustle this game helped keep the team energy up. Tess worked hard to protect our goal. Our defense was strong the entire game with some great plays by Becca, Amber and Taylor.

The boys played a much improved game against a tough North Canaan team but lost 6-2. The boys played with much more intensity and hustle their second game of the season! Omar had an incredible game saving multiple tough shots and showed off his true power with some booming goalie punts. Sam B. scored both goals for the Redhawks. The first one he shot from an almost impossible angle but somehow it found the upper side netting! Awesome game Sam! But North Canaan had some amazing shots that most professional goalkeepers wouldn’t stop. Great hustle performances were put in by Leland, Dominik, Jerome, Fritz, and Sam and Jacob. Keep after it boys!

The girls had a tough fought loss against Mount Everett on Tuesday. The team worked hard to pass the ball but struggled to get around the strong Mount Everett Defense leaving us with no goals. Tess did an absolutely phenomenal job protecting the net saving more goals that we could count. Her positive attitude and strong leadership helped the defense stay strong through a tough first half. Lola, Lou and Becca dominated the game by keeping the pressure up to score while managing to get back and help out the defense. Ayla and Georgie had high energy throughout the entire game and were the defensive stars of the game. While SCS girls did not win, they kept their heads held high, maintained good sportsmanship and are ready to take on Canaan on Thursday at NCC.

Yesterday the boys battled but lost to a strong and experienced Mount Everett team. The boys found some rhythm in the first half working together and passing the ball well. Mount Everett’s defense was big and quick and stifled many of our runs forward. Omar played goalie for most of the game and saved 9 shots and Tanner finished the game in goal with 5 saves. Strong performances were given on defense by Kobe, Pierce, and Kevin. Sam, Jacob, Fritz, and Mason all worked extremely hard and well together in the midfield. Next game is Thursday at North Canaan.